In 2016, prior to his court appearance to provide testimony against a Catholic bishop, Pope Francis summoned the priest to the Vatican for a talk about his testimony.  Francis wanted to know what the priest was going to say about an embattled bishop and let him know that such public testimony was not appreciated.

Father Glen Walsh met with the pontiff in 2016, reports The Sydney Morning Herald, ahead of his testimony against Adelaide Archbishop Philip Wilson, accused of concealing allegations of sexual abuse of former altar boys in the Newcastle-Maitland diocese in the 1970s. After the meeting with Pope Francis, Cardinal George Pell was allegedly waiting outside, and lifted his hand for the priest to kiss his ring. Weeks before the archbishop’s trial was set down, Walsh was allegedly told he had no future in the diocese. Just before he could give testimony, Walsh took his own life. Wilson was found guilty of concealment charges in May 2018 on evidence that included statements by Walsh, but the conviction was overturned on appeal.

The explosive claim about the papal meeting, contained in The Altar Boys, indicates that the pressure brought to bear on priests who betray the brotherhood extends right up to the Vatican, and has prompted calls for a police investigation.  Suzanne Smith, author of The Altar Boys and is an award-winning journalist.  Her 27-year career in journalism includes senior editorial roles at the Australian Broadcasting Corporation, including on Foreign Correspondent, Background Briefing, Radio National, ABC News, and Radio Current Affairs. She was the senior investigative reporter and producer at Lateline on ABC TV reporting stories on the cover up of clerical abuse, which helped trigger the Royal Commission into Institutional Responses to Child Sexual Abuse in Australia.

Father Walsh, whose story has been made public by the release of The Altar Boys, was a Crown witness in the case against Adelaide Archbishop Philip Wilson when he met with the pontiff on February 9, 2016. At the time he was the highest-ranking Catholic ever to be charged with concealment offenses.

Father Walsh later told confidants that the Pope asked him why he was involved in a court case against an archbishop, what he was planning to say in court, and who was walking with him on the journey. Father Walsh said he did not trust the interpreter and offered scant detail.

It was the pinnacle of what Father Walsh perceived as a sustained campaign by the Church to get him to toe the line on child sexual abuse. He was allegedly frozen out of the Maitland-Newcastle diocese after he defied the bishop to report a fellow priest for child sexual abuse in 2004 and was not welcomed back until early 2017.  In October 2017, Newcastle-Maitland Bishop Bill Wright told Father Walsh he had no future in the diocese.  Two weeks later, before he could give evidence, Father Walsh took his own life.  As a result of the publication of the book, demands have been made to investigate the circumstances of Father Walsh’s suicide. 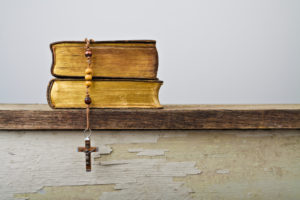